Travel Movie: Out of Africa 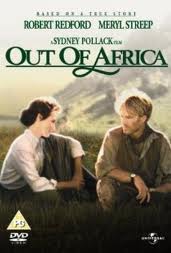 “I had a farm in Africa, at the foot of the Ngong Hills…” starts the iconic film Out of Africa, accompanied by sweeping vistas of African savannah. The film has become famous for its beautiful scenery, capturing the feel of a colonial farm in Africa at the beginning of the 20th century. 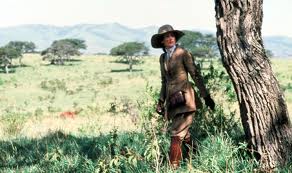 Aside from a few scenes that supposedly take place in Denmark but were really shot in Surrey, the movie was shot on location in Kenya, at the foot of the Ngong Hills. The hills are of course still there today, easily accessible by just a short car ride and full of many luxury wildlife resorts. The famous hair-washing scene was shot in the foothills with the actors surrounded by assistants, ready to chase away lions with high-pressure fire extinguishers. 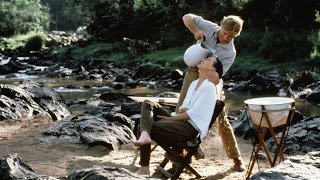 While the farm house in the movie was made to look as believable as possible, it wasn’t the original. By 1985, when the movie was shot, Karen Blixen’s farmhouse had turned into a government college of nutrition and wasn’t available for use. However, close by there was an abandoned house that had belonged to the first Kenyan president’s wife. Set builders worked hard to turn the crumbling house into a close approximation of Karen Blixen’s original house, including adding an extra wing. 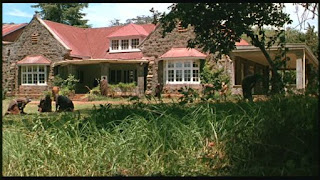 In response to the movie and its success, the Kenyan government turned the house into a museum in 1986, and named the district (now a part of Nairobi) Karen. Travellers who happen to be big fans of the film can today visit the original house. 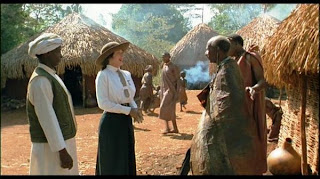 Set designers had local women help them out by building traditional thatched huts to use for the movie's village scenes. The local women built the huts much more quickly than the workers transforming the main farmhouse, and by the time filming could start, locals had moved into the set's thatch hut village, giving the village an authentic, lived-in look. 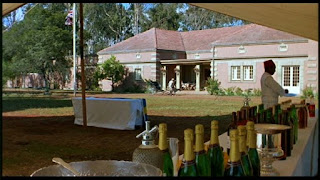 Aside from Karen’s house, the only other building that plays much of a role in the film is the Muthaiga Country Club, where Karen first meets Denys. While the original country club visited by Karen Blixen did still exist and does to this day, set designers built a replica across from the house chosen as Karen Blixen’s. Visitors can today go to the original Muthaiga Country Club, although women won’t be allowed in the members’ bar – Karen Blixen is, to this day, the only woman who has been allowed a drink there. 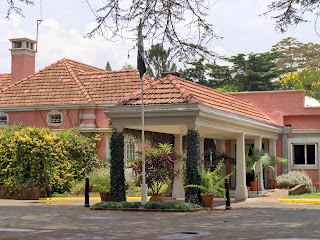 Email ThisBlogThis!Share to TwitterShare to FacebookShare to Pinterest
Labels: africa, kenya, out of africa, travel movie

How long is your holiday each year?